Fast on the footsteps of a really good time in Santa Cruz with Sara and Eric, they had an engagement party to celebrate the coming of good things.  As it just so happened, Stanford and Oregon played each other on the gridiron that same day (actually, I don’t think there was any coincidence there..)

I mention this only because Eric played on the Stanford team as a punter, and Sara’s brother played on the Oregon team, I believe, as a defensive back.  They actually played each other, and Eric spoiled Oregon’s undefeated run by making the last tackle on a punt return that could have been the winning touchdown. Oh yeah, Sara’s dad also attended Oregon, so there was some emotion in the air… for sure.

Putting all that aside, it’s now time to watch as a faithful fan.  The rules of the house are simple.  When you have a good locale, a Mai Tai in hand, a plentiful bowl of chips and salsa, you better damn well mark you seat before you get up and leave.

END_OF_DOCUMENT_TOKEN_TO_BE_REPLACED

Initially, Christine and I met at the studio we interned at in San Francisco.  We had both recently moved to the Bay Area from other parts of the world.  Me from Japan and she from New Jersey.  I don’t know which is stranger, (having lived in both, I can say that) but we definitely hit it off.  I think it was a case of being in the same place in our lives; leaving a good job to take a chance on what we were passionate about.  Soon we started photographing weddings together, and the rest is history.

Working along side Todd is always a blast.  My job as his second shooter is to fill in the blanks, and bring a whole other perspective of the wedding to the table. When he’s right in the action, I will go shoot from above on a rooftop or around to one side. When he is photographing the bride and groom, I go around and capture moments with the guests.  We make a great team, and together our photographs tell an amazing story, from all angles and styles.

When I photograph a wedding, I don’t look farther than asking Christine if she’s free.  I trust her eye, her skills, and her ability to uphold my and client expectations.  You’d be surprised how difficult it can be to find a photographer with those traits.  She’s not a talker (well, she is actually) but she kept it short and sweet for this excerpt.  I’ll let her photos do the talking. Here’s a small selection from Helen and Dave’s recent wedding. 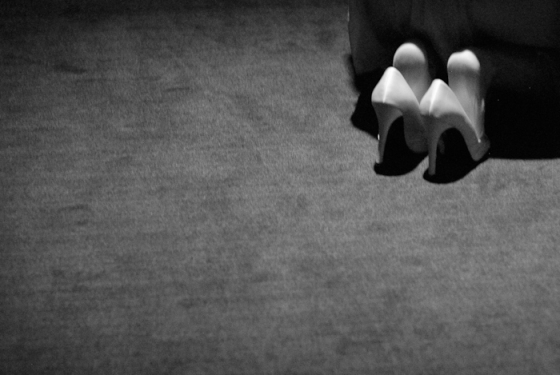 END_OF_DOCUMENT_TOKEN_TO_BE_REPLACED

Fall Colors.  A new place.  9000 ft of elevation.  All these factors contributed to my not sleeping well, and thus, rising at 5:30 AM to grab some early morning light photos.  It’s not the best strategy when you have to be on for over 8 hours, but I am a glutton for pain (and great photos that help sum up an amazing location such as Crested Butte, CO).

At the end of the day, I gotta ask myself if I gave it all?  Did I wuss out, and not put in a little extra energy to grab a photo that would have added to the amazingness of the day?  It’s always a driving factor (and one that you want in your wedding photographer ;))

So here they are: the extra mile.  Enjoy!

END_OF_DOCUMENT_TOKEN_TO_BE_REPLACED

When another photographer asks you to photograph their wedding, the question sets off a chain reaction of thoughts. Here are a few of mine:

Eventually all of this inner chatter fades away, and you just have to do the job – shoot how you want, capture the moment, work hard – and the rest will fall into place.  I mean, if I couldn’t come up with some nice imagery from a place as beautiful as Crested Butte, Colorado, then I might as well pack it in.  But I would have to get there first, and that’s a completely different story.

After the rehearsal, we snuck a little time to ourselves for a few photos.

END_OF_DOCUMENT_TOKEN_TO_BE_REPLACED

All the way from Ohio, Helen and Dave flew out to have their wedding in front of family and friends at the Valencia Hotel in San Jose.  From many an email and phone call, our conversations always were great – but to finally meet this duo – was the icing on the cake.

I’ve been real busy of late, and I wanted Helen to know I was working as fast as I could to get some of her photos up. She replied that it had been 9 years of courtship for her and Dave, what was another few days?

I love my clients…