It’s only fitting that a good looking and fun couple follow up Yukon’s post.  I mean, it’s hard to compete with puppies, ya know…?  Haha.  We first met when I did a bridal show at the Ritz Carlton last January.  Turns out they are getting married in Atlanta, but that’s still no reason not to get some great images.  We had hopes of breaking into City Hall, but alas, there was a private event 😦

No matter, as we were perfectly happy to photograph on the outside as well.

On the steps of City Hall.

It was green and blue; quite a spring day. 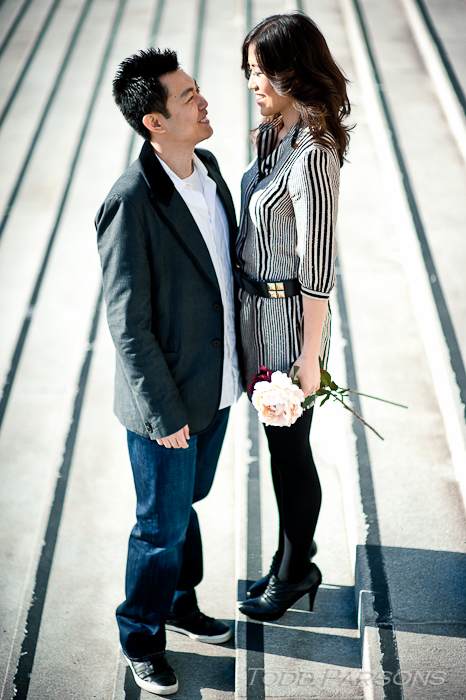 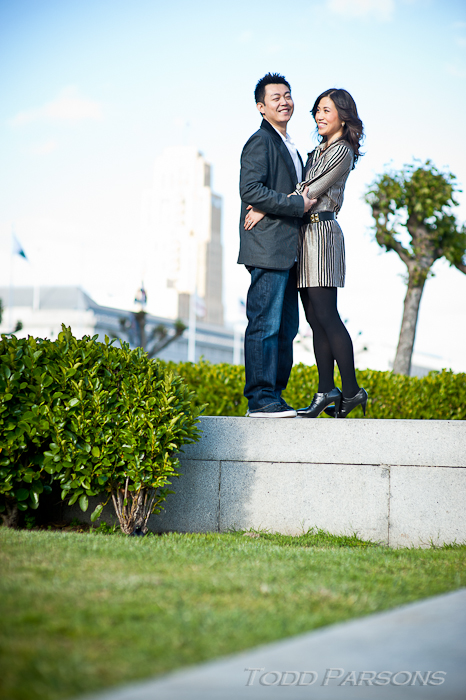 Black and White, with a pinch of laughter.

On the steps of City Hall, once again!

Onto greener pastures, and the Palace of Fine Arts. 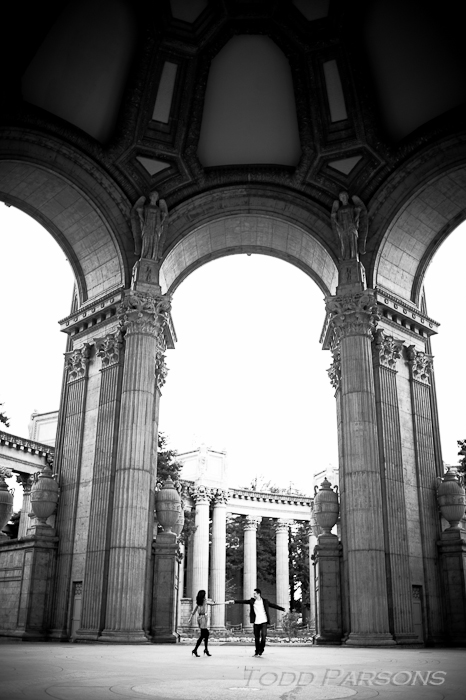 Check it... they had the whole thing to themselves. The whole bowl of wax, the whole enchilada, the... that's all I got.

Nobody puts Baby in the corner! 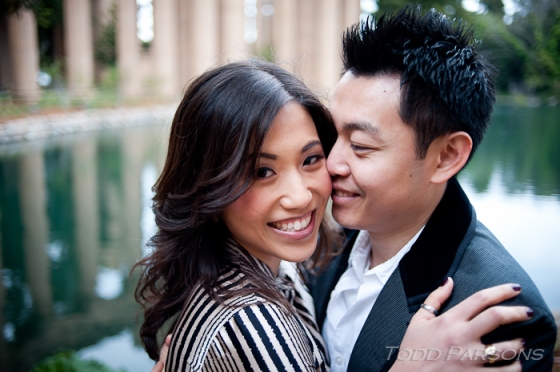 Angela loves Zheng so much...

Thanks for popping in. Hope you enjoyed today’s edition.  The weekend is almost upon us, except that it’s supposed to rain.  What the…?  It’s June in San Francisco.  It should be cold and crummy, but without the rain.  Oh well, what are you going to do?