I met Aaron and Yumi at the Claremont Bridal Fair in Oakland last January.  They were just as they are now, chill and relaxed, cruising through all the chaos. They were kind enough to stop by and chat, and we sort of just hit it off.  After having lived in Japan for 2 years, I busted out some of my limited, but “well-pronounced” Japanese and got a few laughs from Yumi.  “Oh man,” I thought, “they could be a great couple to photograph.”

In all honesty, I really did have that feeling.  I really wanted to get to know them, and to photograph them as well. From a photographer’s standpoint – when you connect with you clients/subjects – the quality and the feeling of the photos improves dramatically.  My advice to all those looking for a photographer.  Make sure you connect.

Heading down to China Beach, it was all fun and games...

So a few months later, we met up for a cup of coffee and a chat.  Well, it all worked out and a bond was formed. We decided to shoot the engagement session at China Beach. I don’t know how we got so lucky with the weather, but Friday the 2nd was much like a day in September, with a fog-less sky, minimal wind, and a great sunset.

Thanks for a great day, being patient, and taking directions so well.  You guys rock! 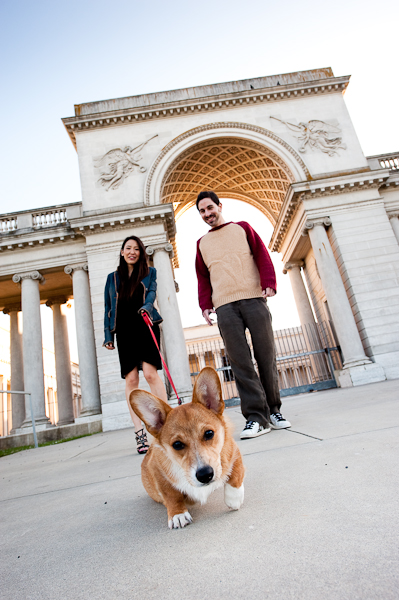 With Tesney the Dog, we started the day off at the Legion of Honor.

I can't remember what was said...but of course it was funny.

We played with a little off camera flash for some different looks. 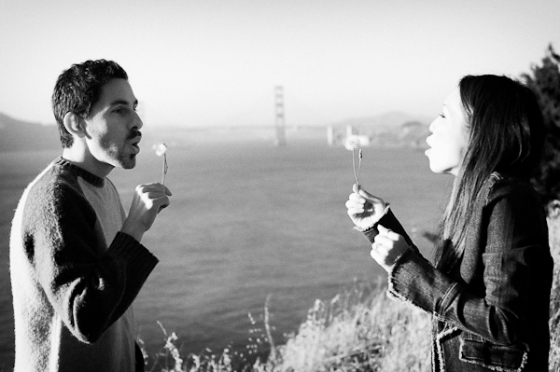 Heading down to China Beach, it was all fun and games... 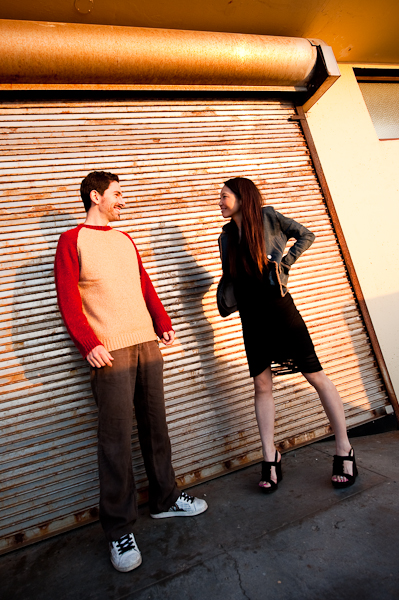 Throwin' a bit of attitude! 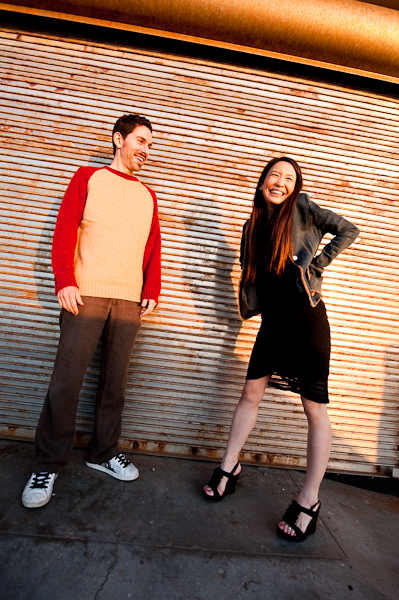 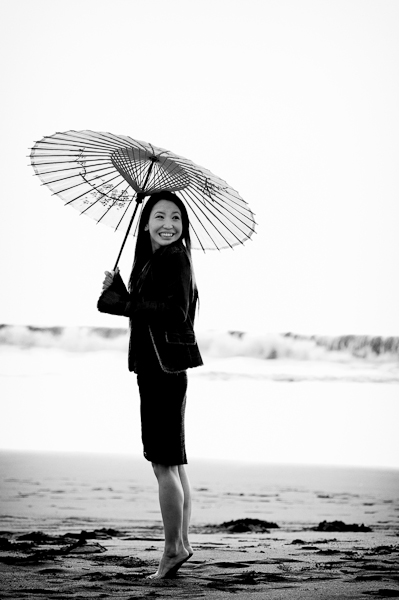 We carry props wherever we go. A Japanese Umbrella was just perfect for this photo. 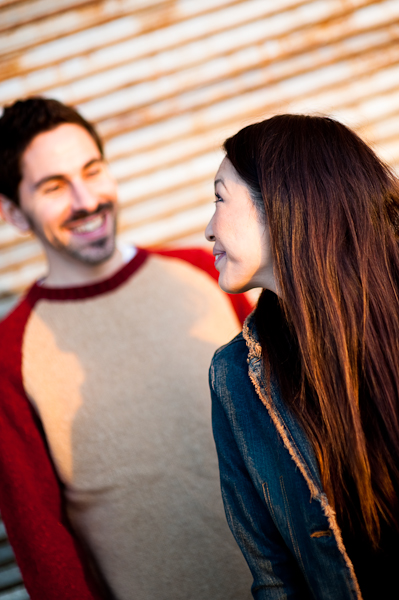 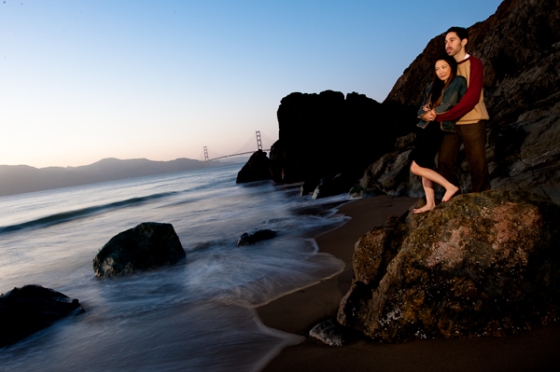 Aaron and Yumi - thanks for being still for the 3 seconds it took to expose the next few shots! I think they were worth it. 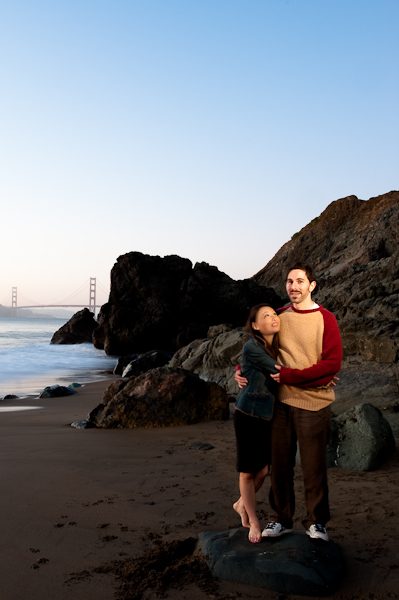 I’m looking forward to the wedding in August!  I know it’s gonna be a blast.  Until then…