4 am.  Can’t sleep.  I have that cold that is hopping its way from host to host.  Of course it has to be raining and crappy outside, just to mimic the way I feel on the inside.  But I take comfort in knowing that I am not missing much as my body goes through its cycle of feeling like dirt.

As I was just lying awake in bed, listing to the ting ting ting of rain falling, dripping, and bouncing off the roof and it’s accompanying venting aparati, I thought that I should get up and do something productive.  Not sure if this is it, but what the hell! 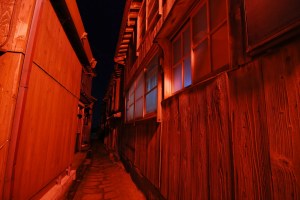 I’d rather be cruising the streets of the little island called Sado, off Japan, looking for cool nightscapes.  Looks like there is someone awake in this little hamlet as well.

I’d rather be chillin’ with my dog in a nice grassy field.  By the way, this isn’t my dog, but it got me thinking. 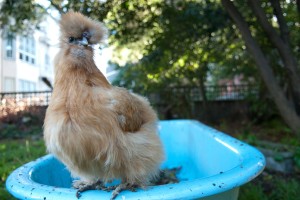 I’d rather be going to different locations, meeting people, and photographing their chickens.  I freaking love chickens! 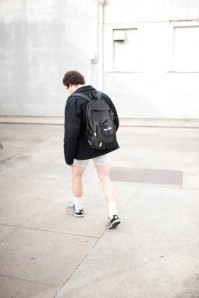 I’d rather be walking around San Francisco in my underwear.  Wait.  Really?  It’s early, and I’m not sure about that one.

I would rather be around the campfire with my friends and family, shoot the bull and roasting marshmallows.

And I would most certainly rather hear “Kompai” instead of “bless you.”
What would you rather be doing?  Let me know.
See you down the road.
-Todd