Today I had to drop off something to a friend in SF, and I brought my gear with me, cause you just never know what you are going to find out there.  After a rain filled drive in the city, the light staying behind the clouds, and not much happening, I decided to head home via the coast.  Surely there will be something of interest along Highway 1?  And if not, at least it is a gorgeous drive.  So I revved the Ford Focus (POS…but still kicking!), cut off a taxi, and headed up and over the hill to Pacifica and down the coast. 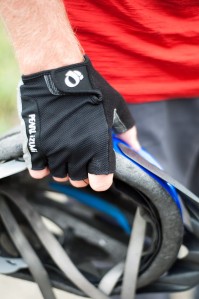 Putting along, I saw a bicyclist with panniers and the whole nine yards.  Ahh, how he reminded me of…me.  It wasn’t too long ago that Jen and I were in Japan pedaling our way to the next point on the map in Japan.  Now she is taking abuse from kids in 2nd grade and I am…what am I doing?

As I cruised past him, I looked at my camera.  It seemed to be saying, “You should have me out.  You should be taking photos.”  I looked down at it and answered much the way Mikey did in Swingers, “Alright.  Would you stop bugging me?  I am trying to drive here.”
“You could have had a cover, or an editorial,” went the metallic voice of the inanimate plastic and metal box with a note of resentment and disappointment.
“Jeez, alright… next traveling bicyclist I see, I will pull over and introduce myself.” I finally quaffed. 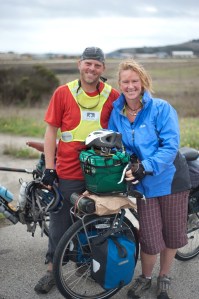 Not a few miles down the road another blotch of chartreuse green and blues appeared on the horizon.  They were pulled over no less, organizing the gear, and as I drove by them I just couldn’t take the guilt anymore.  I swung a U-Turn and pulled over next to them.  Looking at my passive aggressive Nikon, I grabbed her and proceeded to introduce myself.  Then I asked their story.  More after the jump… 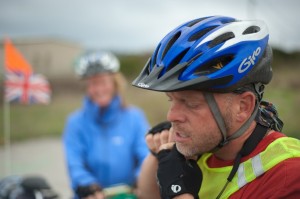 Joff and Joy are from England, and they are bicycling down to South America by way of, and get this, Halifax, Nova Scotia.  Now I have been one for adventure, but damn…  Such an ambitious journey, I could only wish them the best of luck.  It has been a pretty good ride for them so far.  Not much rain and nice drivers.  I doubt they will be so lucky once they get into Mexico and further south!  Aye Dios Mio, son locos por alla!  But that is neither here nor there.  They are riding for charity, namely Muscular Dystrophy, and have a web page/blog set up that you can visit here.  Give it a go and read their story.  Pretty amazing. 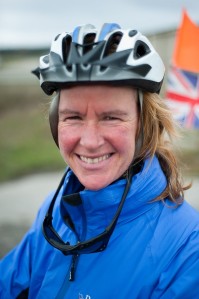 As I was taking a few photos we talked about me and my wife’s adventure in Japan.  They asked if it was a good place to ride, and I immediately said it was great.  I had one reason.  The Onsen.  Japanese Bath.  If you don’t know, you have to go.  If you do, nuff said.  As we chatted a bit about gear, the ride, and their goals, I could see that they were ready to hit the road.  I bid the adieu and wished them a safe journey. 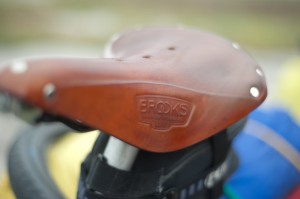 It’s always sad seeing someone off whom you will likely never meet again, and if you really drink that moment in, it can be both touching 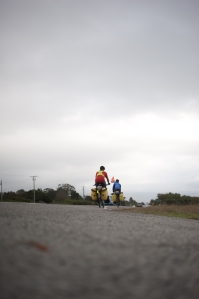 But there are only a few degrees of separation, and I am sure I will meet someone down the line that wished Joff and Joy a fond fanfare.  So wish them all the best, and if you see them doe-eyed in Los Angeles traffic, please give them a soft warm bed, a nice hot shower, and a clean wash of clothes.  There’s nothing better than the simple things in life (that we really take for granted) to make a person’s day.